“All Rights Reserved”
This includes artistic works, literary works and website content, audio and video content, software and other creative works.
Violators will be prosecuted in their country and internationally

The Sapphires with a naturally-formed fixed radiating star-like pattern that simulates a spoke-wheel like a pattern are called Trapiche Sapphires. They get their name after a Spanish word Trapiche used for a wheel in South American countries to process sugarcane, due to their resemblance to it.

Trapiche sapphires are considered to be the rarest among trapiche gems (trapiche emerald, trapiche ruby, hiastolite).

They are distinguished by a characteristic star that exhibits six-sided symmetry. This was not due to the inclusion of other minerals, but was the replacement of rutile with corundum or filled fluid channels.

The specimen weighing 641 carat/s is of GEM quality, the star is clear and intense and in nice contrast to the blue of the sapphire. Conical coloration is also noticeable in sapphire. Trapiche sapphire is polished on one side and in the form of a natural crystal on the other, typical of this type of sapphire. 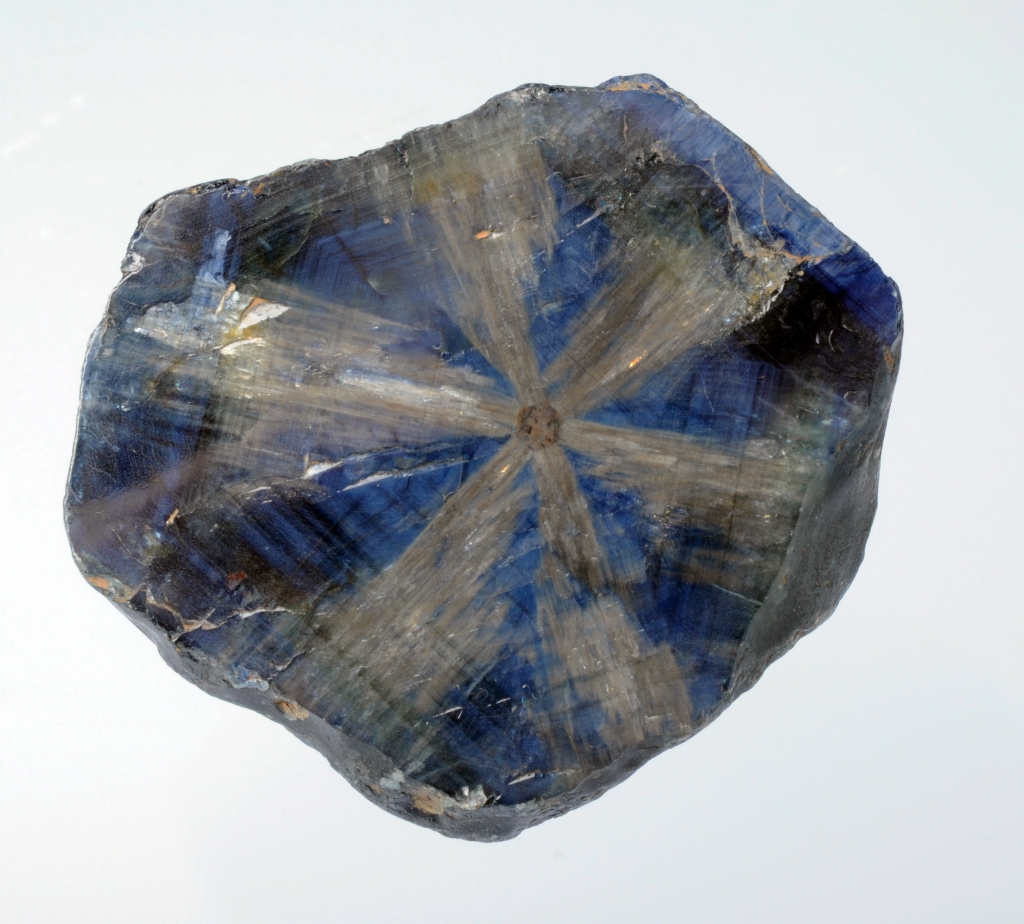